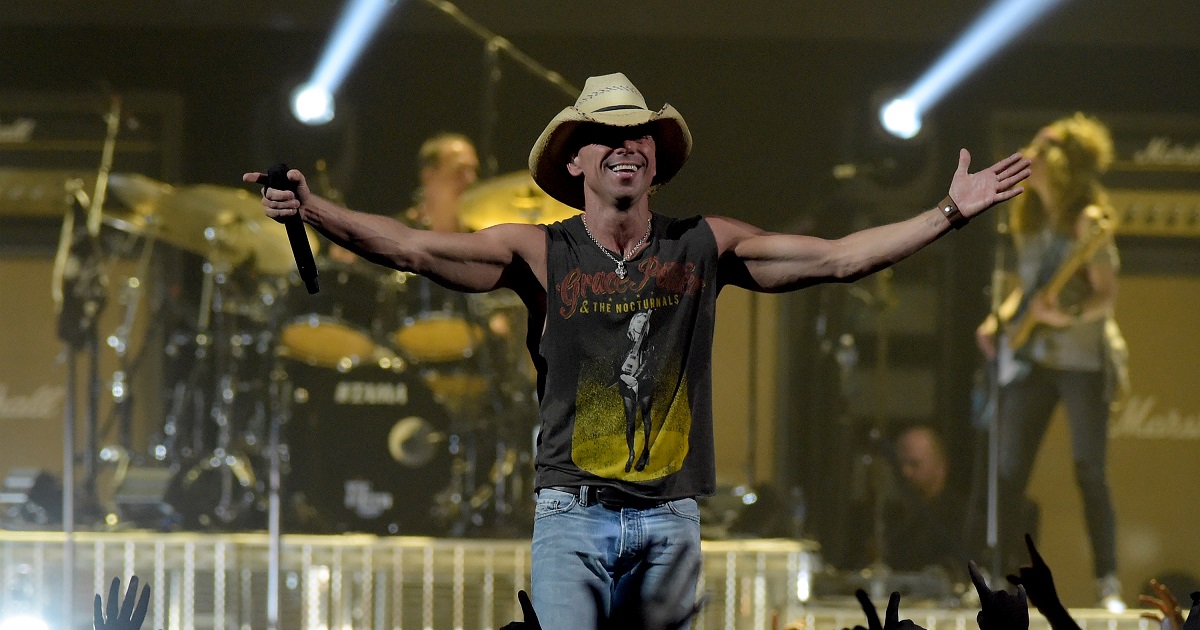 The country superstar is itching to hit the stage in Tampa this Saturday, April 23rd, after being sidelined for the last 2 years – and Kenny is watching from a far as his stage in being assembled, “I got some pictures from the stadium this morning of work starting to happen, and it made me happier than I even thought it would. There’s a very special thing that happens when we hit that stage, a rush that is absolutely indescribable, and I didn’t quite have that today, but my heart sure pumped when I saw it.”

Kenny, Dan + Shay, Old Dominion, and Carly Pearce are set to visit more than 20 stadiums this year, and Kenny and Carly will be playing at nearly as many amphitheaters.

All those dates means a lot of steel to set up those stages – which can tower almost 3 stories tall.

With supply-side issues very much a factor this season, Team Chesney is sharing resources – specifically steel – with several other major tours out on the road this summer. By understanding what it takes to put up a massive stadium-sized stage, Chesney’s working with several other tours in place to share metal.

Kenny says “We are all citizens of music. Having been away from the fans for so long, the more we can do to bring music to the people who love it, who breathe it, who find release and love and joy in it, the better the world’s going to be. I know how much better I felt just playing in a space with the band; I can’t imagine how great it’s going to feel once we get into that first song, all singing together.”

Kenny’s current single at country radio is “Everyone Show Knows.”